The moon is not afraid
Of the dark.
Of the void.
Of the fear.
And neither should you.

I don’t know what to write anymore. It’s all been said. Multiple times. I’m tired of seeping pain through this stupid keyboard and onto this indifferent screen. I’m tired of staring at these words knowing that they are mine yet lose all their meaning. Detached mess of letters splashed across your screen.

It’s all useless in the end, anyway. What am I achieving with this? Nothing. Writing is no more a solace. Not for this (I’ve even run out of metaphors :|). No one who knows, fully understands. I don’t expect others to pry me open either. The few who do actually know me are probably as clueless as I am. And I get it, a lot of people have it much worse than I do but that doesn’t ease my pain any less. I wish it did but it doesn’t. I’m still feeling that same fucking emotion and I don’t know what to do about it anymore. The same feeling with the same tears and the same desperation. What am I to do?

Can’t stay silent anymore but won’t scream this agony. No. Now it feels like that’s all I’m made of. Pain. Anger. Bitterness. This is my entity. This is my being. I’m afraid that even if I manage to push the words out of me, all that will be left behind would be an empty shell. At least there’s something under this skin of mine. Even if it’s a stanger’s essence I no longer acquaint with. Something is better than nothing.

Don’t worry.
I say all of these things but I’ll still crawling back. Where else can I go ?

Don’t you dare touch her, boy.
She is water.
Her eyes imitate the abyss of the mighty oceans combined.
And that abyss isn’t afraid to stare right back.
So don’t you dare plunge into her soul
For she’ll whip up a storm from the ripples you make.
And as you try to grasp at her being,
She’ll slip right through your fingers.

Silence, take over me.
Find me when my mouth fails to send the message.
Escape my whispers and scream these utterances to their ears.
Wriggle out from my clutches and reach to others.
Take my heart and wreck it.
Wreck it.
Wreck it till I shout.
Goddamnit. Leave me. Let me be. Let others hear the cacophony.
Let me dwell in my symphonies.
Please.
Silence, take over me.

People break. Easier than glass. You try to pick them up but they shatter into a million more pieces. And each time, you lose a piece. You break. After a long time of holding on. They try to help you but you can see them hiding one piece at a time in their back pockets where it lays forgotten.

Someone made me realise that I’m very vague. Comes with being a writer, I guess. You’re so used to disguising your emotions as words that after a time, it becomes natural. Vagueness genuinely creeps into your words and your intentions, which can be quite annoying especially when others notice it but you don’t. I, myself, admitted that I’m weak. I’ve wanted to talk about it for quite a while. There were a million people ready to listen but somehow, it was easier to talk to him. I’m grateful for that. Thanks, man.

Sticks and stones may break our bones but her words will break my heart.
Scissors and knives may cut just fine but her voice will tear me apart.
Gravel and grit, into the fire she spits
Away my indifferent soul
But those memories I keep and these tears I weep
Shall be forever in my hold.

Our love is going to waste.
I try to keep it safe but the more I trust it to hold my hand, the greasier our grasp gets.
The deeper I push it down my pocket, the larger the hole it creates.
The more I try to fix it, into tinier, infinitesimal pieces does it break.

To put it simply, spearing the ornamental words that I usually take care to wrap my emotions in, you hate me. But I can’t hate you back.

A Trip Down Memory Lane

My Kind Of People 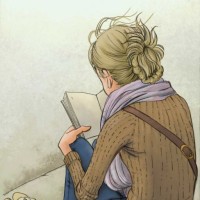 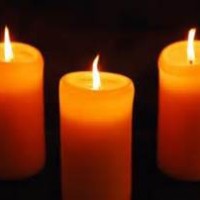 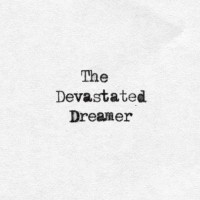 Back to top
LAU BMus PMP

Smile! You’re at the best WordPress.com site ever

BY GRACE THROUGH FAITH

Exposed Emotions
The life of a dreamer.

Can I rant, please?

About life, the universe and everything

Rhythm In Life
Under The Candle Light

Some ideas, Some thoughts coming from the heart under the light of the soul

a resource for moving poetry

Welcome to your new home on WordPress.com

A Home Down The Brook Of Words

The latest news on WordPress.com and the WordPress community.

Short stories from a fiction addict

letting go, hanging on, and much more

Tempest
diary of my epiphanies
The Devastated Dreamer

I try writing on love, pain and everything in between. This blog is a canvas I paint my memories on.